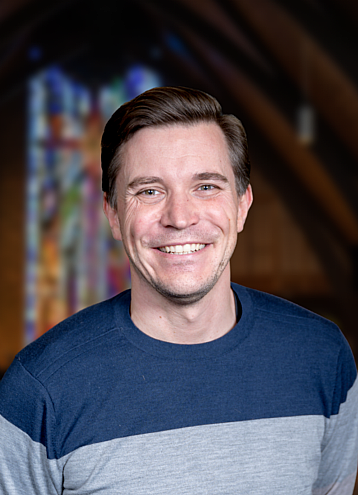 We welcome our new Lead Pastor, Christopher S. Eatough, to Memorial Park! Christopher is a California native and joins us in Pittsburgh from Fair Oaks, California. He has served at Fair Oaks Presbyterian Church since 2009, which is where he met his wife, Allyssa, and raised his four children. His faith journey began in his early teens when he became increasingly involved in the church and grew in his faith through youth groups, feeling called to ministry after high school. He graduated from William Jessup University in 2008 and earned his Master of Divinity from Western Seminary in 2016. Chris has formerly served as the Assistant Pastor of Families and Groups at Fair Oaks Presbyterian Church. His other previous callings include ministry positions at Central Christian Church of the East Valley in Arizona and Adventure Christian Church in Roseville, California.

Read on for a special Q&A with Chris. Have another question?